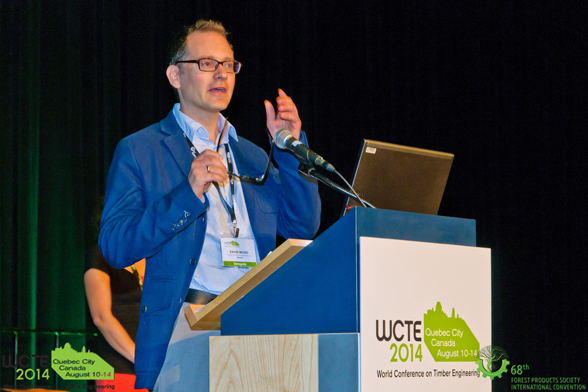 On Sunday August 10, 2014, students from around the world participated in a wood design and build competition held by the World Conference on Timber Engineering (WCTE). The night before the event, students were placed in teams of four or five people whom they had never met, and were given design parameters they had never seen before. Teams were given a pile of wood components, a list of criteria, and only two days to bring their ideas to life. This had all the elements of a Reality TV show! The final designs were based on themes, like the maple leaf, the hyperbolic parabola, the umbrella, the reciprocal frame, and a flying wing to name a few. All in all, it was a very impressive group of students and entries.

Dr. David Moses was a judge in the competition, along with Dr. Pierre Quenneville of New Zealand and Dr. Ario Ceccotti of Italy. Awards were presented at the WCTE 2014 luncheon event in Quebec City on the Wednesday after the competition.

Congratulations to all the participants and award recipients! 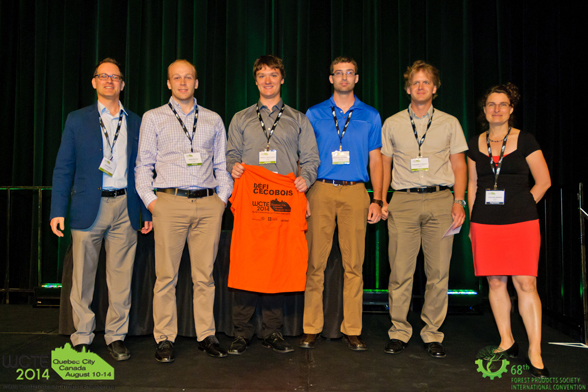 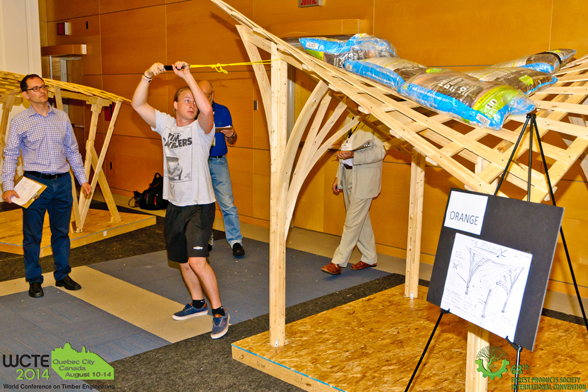